The City of Toronto has partnered with Enbridge Gas Inc. to install Xebec’s compact, Fast Cycle Pressure Swing Adsorption (PSA) units, designed to upgrade biogas feed streams containing CO2, H2O, H2S, and high amounts of N2O and O2 (total molar content of 0% to 30%) to pure, renewable natural gas (RNG) at the Dufferin Solid Waste Management Service Facility. At this site, along with a number of other assets, the City constructed a 55,000 tonne Organics Processing Facility to manage material from its Green Bin program. Now with a Renewable Natural Gas (RNG) solution, the City will have the ability to produce 3.380 million m3 of RNG. This volume of RNG, which is considered carbon neutral, can be blended to offset the City's annual consumption of NG, 110 million m3/yr., resulting in GHG reductions citywide. NG is used at many of the City's buildings, facilities and to operate the City's fleet. City officials estimate they can reduce carbon emissions by 37,500 tons of CO2 per year by incorporating this technology and process, and moving to a low-carbon blend of RNG/NG. This activity helps Toronto improve its environmental performance as it moves towards its TransformTO targets. In total, the City collects approximately 160,000 tonnes of organic material from households and businesses each year. It’s expected that the RNG from this project will be flowing into the natural gas grid by August of 2020. 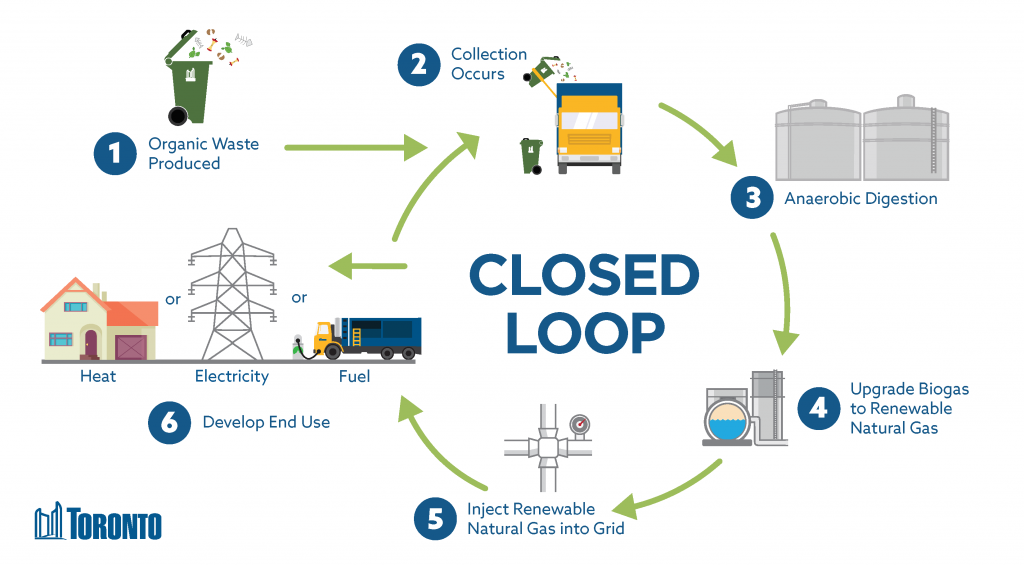 Fraser Valley Biogas in Abbotsford, BC combines anaerobic digestion and a biogas upgrading plant to produce high-quality biomethane from agricultural and food processing waste. FortisBC operates the interconnection facility at this project, monitoring gas quality and connecting this source of renewable natural gas to customers. In addition to producing renewable natural gas, this project produces nutrient rich fertilizer for use on surrounding farms and contributes to the local economy through job creation.

Fraser valley produces 90,000 gigajoules of renewable natural gas, which is enough to heat more than 1,000 homes for a year.​

Seabreeze Dairy Farm in Delta, BC combines anaerobic digestion and a biogas upgrading plant to produce high-quality biomethane from the manure of the farm’s dairy cows along with organic waste from the Metro Vancouver area. FortisBC operates the interconnection facility at this project, monitoring gas quality and connecting this source of renewable natural gas to customers. The nutrient rich digestate left behind becomes fertilizer for growing crops to feed the cows, creating a sustainable loop of food, waste and energy

Seabreeze produces 35,000 gigajoules (GJ) of renewable natural gas, which is enough to heat about 500 homes for a year. 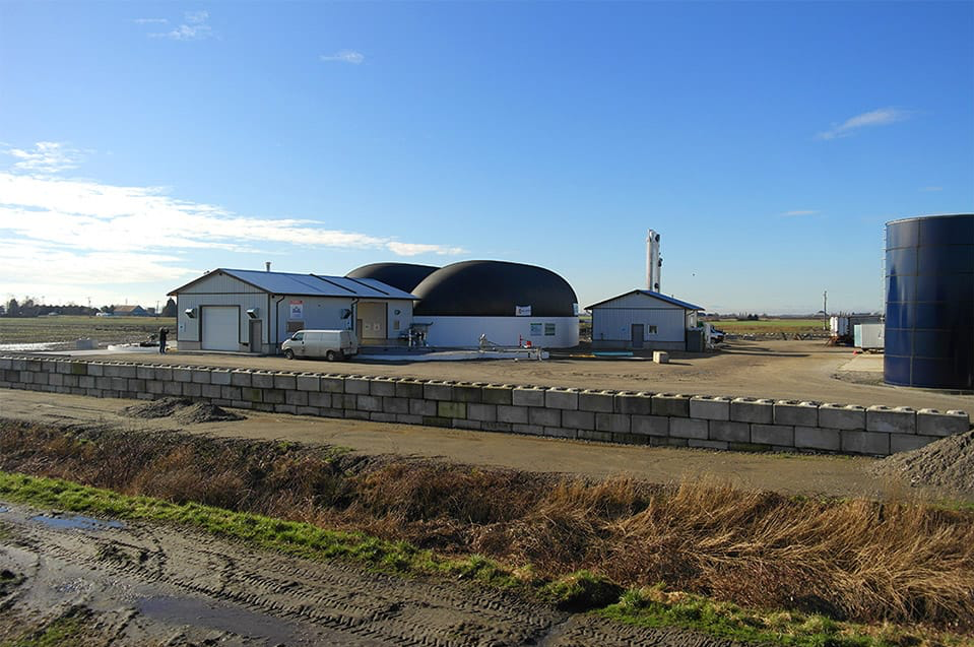 The City of Hamilton has a long history of innovative energy and transportation solutions. They were the first city in Canada to purchase and use natural gas buses in 1985 – between 1991 and 2003 nearly every bus order made in the city was for natural gas buses. More recently Hamilton has partnered with Enbridge to use compressed natural gas (CNG) for new bus purchases that are replacing diesel buses.

The City of Hamilton is also producing its own Renewable Natural Gas (RNG) from anaerobic digesters at its wastewater plant. The RNG will be critical to integrate into the City’s overall GHG reduction strategy that currently seeks to reduce corporate emissions 50% by 2030 and ultimately 100% by 2050, using 2005 as a base year.

The RNG strategy could translate into the City offsetting natural gas used in the bus fleet and in the district energy system that supplies heating to over 2 million square feet of mixed used commercial space in the downtown core.

The City is also looking for alternatives to expand its current production of RNG. This may include additional capacity being installed to accommodate more biogas at the wastewater plant and possible from other operational changes being assessed. 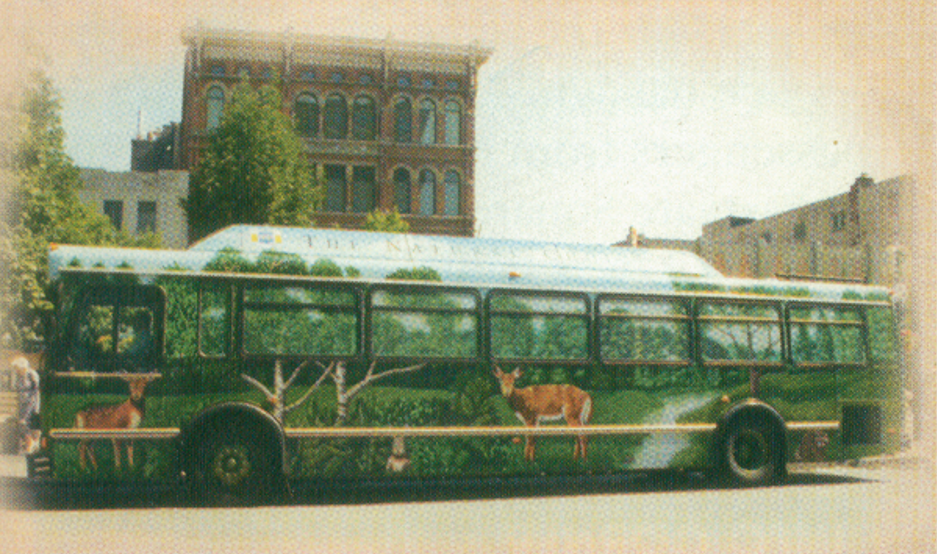 Lethbridge BIOGAS is a leader in generating green electricity in Alberta. The facility produces nearly 3MW of electricity from processing organics, agricultural manures and food processing by-products like fats, oils and greases from Alberta industry. They also accept a wide variety of animal by-products and provide a sustainable disposal option for deadstock from the intensive livestock industry .

Harcolm Farms uses biogas solutions to generate electricity from the organic waste (including corn silage) the family farm produces. The owners have about 75 dairy cows and wanted to reduce reliance on outside energy sources – the farm also sold electricity back to the grid using the MICROFit program in Ontario. The farm purchased a mini-digester which arrived in Woodstock,ON preassembled and easy to install by the manufacturer. It is a 20KW system which cost approximately $450,000 but the owners expect payback in less than 10 years based on energy savings and revenue from the grid. 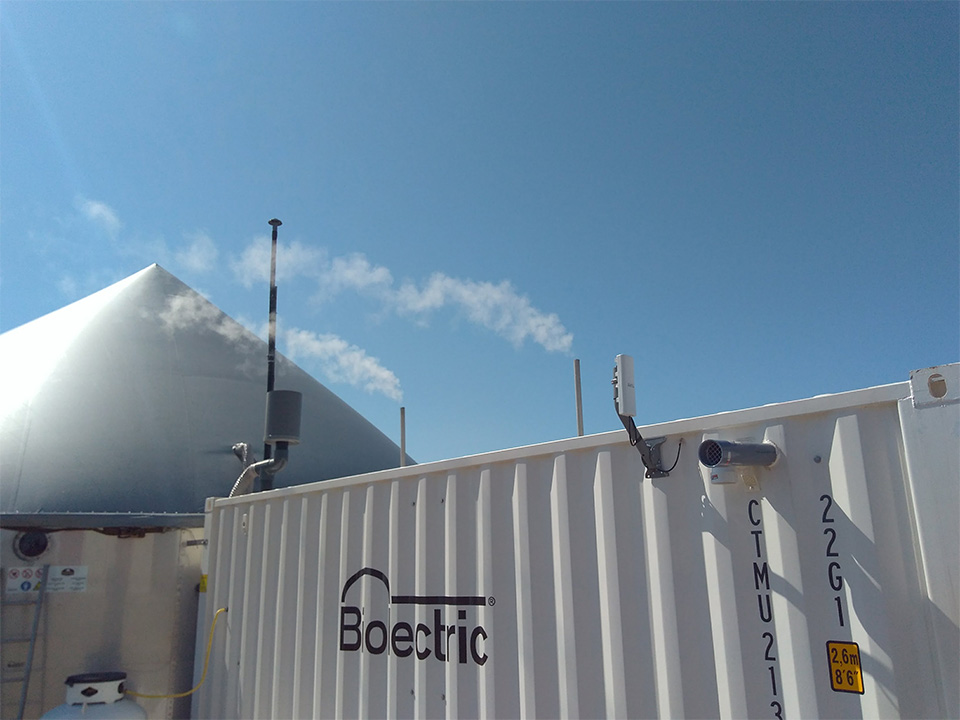